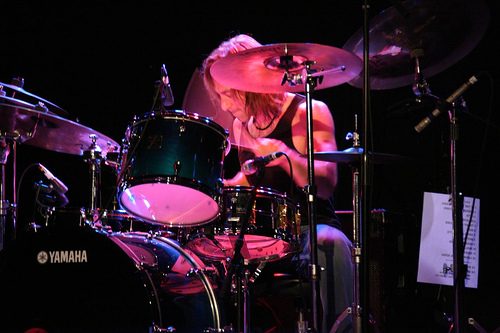 Born and raised in Chicago, Todd started playing drums at the age of 3 and has not stopped since. Todd began playing professionally when he was 18 years old. While studying drums and percussion at DePaul University, it didn’t take long before Todd was playing 6 nights a week in down town Chicago’s finest jazz and blues clubs. By the age of 23, Todd had built a reputation for himself as being a very musical and versatile drummer, and he was approached to do his first over seas tour, in Japan with grammy award winning Harmonica player Sugar Blue, formerly of the Rolling Stones. After returning home for only a few months, Todd went back on tour with Sugar Blue for an extensive tour covering Brazil and Europe. While back home from touring, through recommendations, Todd began to play drums for the top jingle houses in Chicago. Todd has played for major brands and national campaigns such as, Bud light, Taco Bell, All-State, Betty Crocker, Chiquita Bananas, Clorox Bleach, McDonalds, and many more. In 2001, Todd relocated to Los Angeles. With in weeks, Todd was playing LA Jazz clubs with the actual players that influenced him growing up. Rock gigs soon followed. Todd was called for another European tour with Grammy Nominated artist Beth Hart. After 3 months on tour with the band he was asked to become a full time member, and spent 2006 to 2013 touring Europe with Beth Hart.